Perhaps, a good wine tasting experience from your memory was a scenario of you and your friends, mingling in a couch, or better yet a fancy restaurant, while you all listen to a man playing the violin and all of you sipping from tall wine glasses. Fancy and deliberately the cliche wine experience.  Another person’s good wine experience was maybe about him and nice wine glasses but without the wine. How? Serving, wine glasses are also accompanied by the music culture at their tips. From videos to reality, wine glasses actually served as pioneer materials to creating rhythms, symphony, and altogether, music. 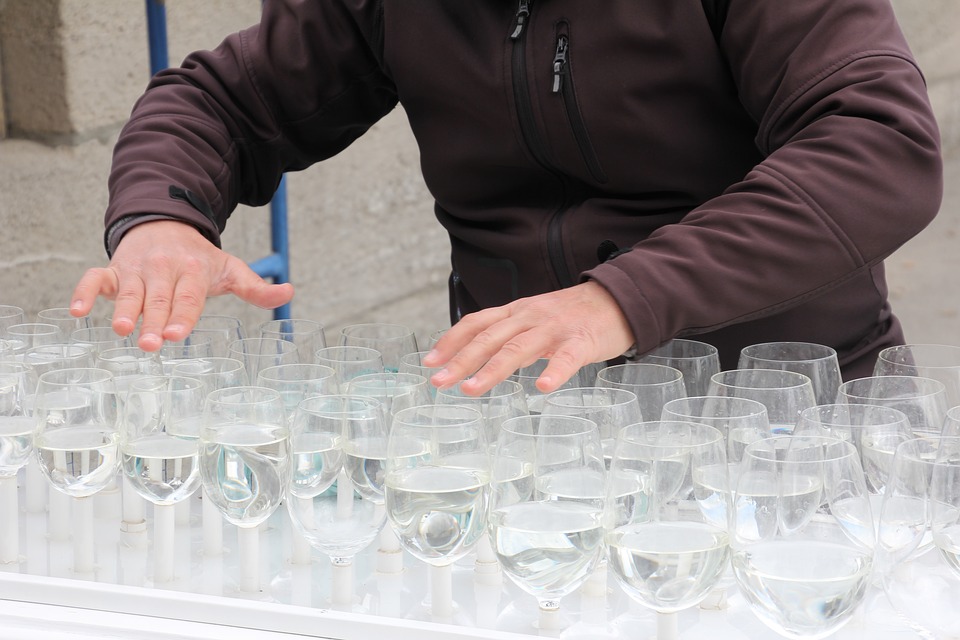 Since the middle ages, glasses, in general, have been used as serving stones to create different melodies. Before, a glass harp was actually made out of several wine glasses that are packed together and used as how a modern harp is used. The question is how are glasses able to produce tunes and why aren’t used now in the modern era? Glasses need friction to work and produce varieties of signals. Rubbing a moist finger around a glass creates a so-called resistance which scientifically is pure friction. Together with different levels of water inside the best durable wine glasses, heightened or lowered friction are then produced. With this concept, using different glasses with different levels of water can be played to produce complete harmony.

Rubbing the ends of the glass transmits vibrations that are similar to the concept of guitars, and how that instrument is able to produce music. These vibrations that are now caused by friction can be heightened, lowered, narrowed and widened, all through water content which neutralizes vibrations and frictions. These type of music production in the middle age plays a very vital role in what the music industry has now. Through these concepts were developed that led and catered to the idea on how guitars work, the modern harp, harmonica, and all other instruments that mainly use friction and vibrations as the method of harmony production.