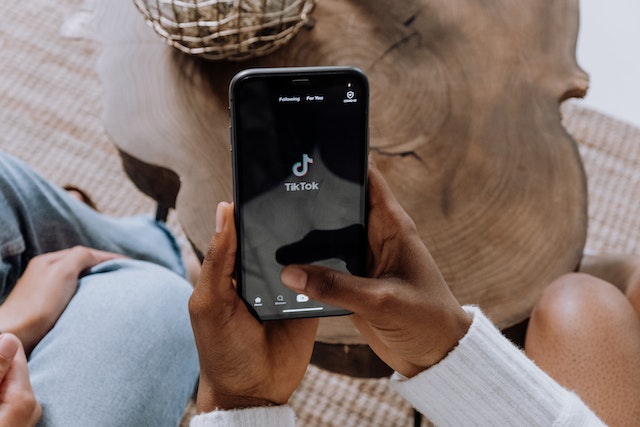 With around one billion monthly active users, the Chinese video platform TikTok has an enormous influence on the music industry. However, despite the high density of stars on TikTok, the app also offers new opportunities for aspiring music creators to get more followers, especially when they buy those through services at https://www.socialboosting.com/buy-tiktok-followers.

For some users, TikTok is just a hobby, for others, endless scrolling has become an addiction. Some musicians use the app as a source of inspiration, others earn the bulk of their income with it. In many cases, music is the common denominator of short videos. But what can TikTok do for music creators and their work?

Basically, two marketing principles can be distinguished on TikTok: viral marketing and influencer marketing. Unlike commissioned marketing campaigns, music creators themselves become influencers on social media; the active users – to the carrier of viral music trends.

An example: After the then-18-year-old Olivia Rodrigo presented the personal genesis of her first single in a TikTok video, the song “driver’s license” became a number-one hit overnight. From a little-known Disney actress, Rodrigo made it to Times Magazine’s Entertainer of the Year in 2021, thanks in no small part to TikTok.

In addition to such newcomers, the most popular TikTok accounts also include longer-known artists such as the American singer-songwriter Billie Eilish as well as well-established celebrities such as Will Smith and many more. Consequently, the younger social networks are partly dominated by the same names as the classic entertainment media.

Although these are professional players in the entertainment industry, it quickly becomes apparent that the popularity of their accounts is not due to their main professional activities. Instead, entertaining (private) videos or simply ambitious fans increase their popularity.

Part of the job

The TikTok accounts of established stars are not a particularly helpful reference point for aspiring musicians. But there is an increasing causal connection between success in the music scene and that in social media.

Through TikTok videos, creatives like Olivia Rodrigo can spark interest and give the impression of accessibility that binds their fans to them and creates a sense of community. In addition, their activity in social media stimulates the engagement of their fans, so that in the next step their click numbers on the streaming providers also increase.

In addition, artists following the example of Jason Derulo, who leads one of the most successful TikTok accounts with over 50 million followers, can, for example, start dance challenges to their own music, which encourage other users to join in and imitate. In this way, song excerpts – catchy hooks or catchy lines – go viral according to the snowball principle.

But not all TikTok greats owe their careers to a random “share & save” wave. According to the YouTube principle of “broadcast yourself”, self-made stars, such as YouTuber Conan Gray, have been laboriously building a music career using social media for years. Meanwhile, Gray is one of the most successful “TikTok musicians”.

Successful Tik Tok musicians also include social media personalities whose online careers make their musical debut possible in the first place. This may cause unease among lovers of “real” musical art. However, the phenomenon of singing models, as well as that of acting singers, has long been known outside the new media.

Overall, the relatively short duration of TikTok has some blatant success stories, the focus of which is on the artists themselves. In contrast to major label campaigns, everyone can make use of the marketing strategies mentioned independently, similar to YouTube.

Blind auditions for the songs

But when a detached song snippet gains notoriety through use in memes, the artists and the complete song behind the 30 seconds of fame in a short video often remain unknown at first. In such cases, the popularity of (own) songs on TikTok comes completely unexpectedly.

As a result, videos occasionally appear on the app in which songwriters of surprise hits, such as Emmy Meli – author of “I Am Woman”, marvel at her sudden fame. On the other hand, probably few know the top meme hit “Oh No” by Kreepa in full length. Some of the popular snippets also turn out to be parts of relatively mediocre songs.

ALSO READ: Being Accompanied Through My Life By Music

Compared to on-demand services like Spotify, TikTok’s scrolling model proves to be more advantageous for less common genres. Because they can simply meet the users in the feed. Those who fear the power of algorithms in favor of mainstream goods should definitely take a closer look at TikTok culture:

On TikTok, the classification and evaluation of music is no longer based on genre drawers and chart placements, but on vibes and aesthetics (e.g.cottagecore idealizing country life), which dissolve previous stereotypes.

From the record box

Songs such as “Put Your Hand On My Shoulder” by Paul Anka from 1959, here as a remix as part of the Silhouette Challenge, or through use in thematic video montages, experienced a revival. Other examples, such as Meghan Trainor’s song “Title” from her eponymous debut album from 2015, came to unexpected success as meme songs years after their release.

TikTok is therefore an open space for the musical output of all kinds: Contrary to the concern about a simplification and standardization of the music market, the music, and media scientist Prof. Dr. Holger Schulze emphasizes the musical diversity as well as the public presence of various music genres on the video platform.

Ultimately, the joy of making and sharing music remains superficial. A hybrid of a “music video” platform and a social network, the TikTok feed is full of contributions from talented professional and amateur musicians, creative challenges and collaboration offered by music enthusiasts for their peers, full of job-specific memes and inspiration. But above all, the small stage in front of a large audience is just a click away.

However, the problematic sides of TikTok must not be ignored. Above all, the question of remuneration is important for artists on the platform. The conditions have improved significantly since the early days of the app:

While in 2019 the platform was criticized for not paying musicians at all due to non-existent contracts, there are now agreements with the three majors and the licensing platform ICE, for example.

A question of morality

Compared to streaming platforms like Spotify, TikTok doesn’t offer per-stream billing. Instead, payment is based on the number of videos that use each piece of music. In 2019, the average pay was 0.030 cents per video – as with the streaming DSPs not very high.

So, in terms of the financial aspect, TikTok, like Spotify and others, can only be part of a larger content strategy. The hope of increasing one’s own popularity and thus the merchandise or live sales through a viral hit could actually come true here rather than the plan to earn enough money through the platform alone.

The extent to which artists want to come to terms with this system or even actively participate in it is ultimately a kind of personal (moral) decision. The same applies to the willingness to entrust personal data to the app. Whether the TikTok app represents a privacy risk has not yet been clearly clarified.