If you are new to driving your own car, you are likely eager to put just the right collection of car music to listen to so you can alway be in the best driving mood. When it comes to setting up your car music, the rule is to let an expert do the job of installing your new car’s music system. Yet when it comes to building your playlist you need to do it yourself. After all, today’s music streaming platforms have the ability to discern your music preferences 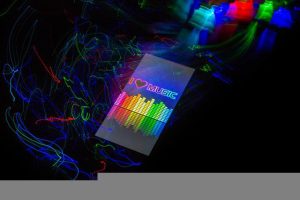 rief study involving four people who drove some 405 kilometers without music and another 400 kilometers with music. In both situations, an onboard camera recorded their physical state and behavioral reactions during the entire trip. The video recordings were then analyzed by Dr. Simon Moore, a psychologist at the London Metropolitan University,

According to Dr. Moore, listening to music can negatively affect one’s driving because the stress it causes can be a distraction. However, listening to loud, music that is upbeat and with a fast tempo can be dangerous because the music mix can increase the heart rate.

Moreover, fast and loud beats can stire excitement that can make a driver focus on the music rather than fully concentrate on the road and everything that’s in it. Another danger that became apparent in the study is that fast and loud music tend to make drivers speed up to subconsciously match the beat of the song.

Just like beauty which all depends on the eye of the beholder, music depends on what appeals to the listener. Although it’s also important that it creates a positive effect on the driver of a vehicle as safety concerns and issues should be first. 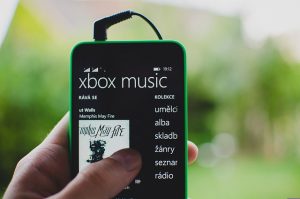 Through a music streaming app you can easily build a playlist by playing selections that include the music artists you like, You can work toward building your playlist by liking a song that you want to hear often because it makes you feel good. The streaming platform’s AI on the other hand, will suggest old, older, new and newest albums containing songs similar to the types of music you previously chose or “liked.”

The technology eliminated the process of having to download singles from online music stores to be able compile the digital copies that will make up your playlists. Today building different playlists for different occasions, moods and purposes is not only easy but also free since you don’t need to pay to subscribe and listen to a streaming platform.

If you are new to driving but using an older car, you’re probably looking to improve the sound quality of the car’s music system. If so consider upgrading the car audio system as there are new technologies that enable car stereo and audio equipment to produce clear and crisp sounds.

Still, upgrading your car music system is only one aspect because you have to make sure you’re giving your car the protection it needs against climate and environmental hazards. Even if you keep your car in covered garages or carports, you still need to place a cover for car that can protect your car against wild animal infestations.

In recent years, rodents, raccoons and squirrels have been making trouble for car owners, usually gnawing on electrical wirings and cable. The explanation to this is that the natural habitats of these animals have been affected by wildfires and other environmental degradations, the animals are now looking for new resources.